Skip to content
January 25, 2018 joebiba Leave a comment
Today we have the final installment of our tribute to Jamaica’s history, looking at how the Jamaican culture that flourishes today had its origins in the sugar-plantation system of the eighteenth and nineteenth centuries. While that system led to lasting economic inequality, which Creators of Hope works to change by building homes for the country’s rural poor, we can also see the courage and determination of a people who forged new connections and sustained one another through the darkest times imaginable.

Last week we saw how folk traditions evolved, creating a new cultural heritage by blending the traditions and languages of many parts of Africa, and also drawing on European elements. Today we’ll share one more traditional Jamaican song and will take a look at how music, in particular, created and sustained bonds between people from many backgrounds.
Music is and always was a way for people to communicate. In the colonies, where slaves were forbidden to practice their own traditions, and where as much as possible they were kept from connecting with each other, music became a way to share experiences and spread comfort and hope. “Digging-sings,” or work songs, used in the cane fields, kept the people together and working in rhythm, but also let them speak to what was happening to them and respond to the truth of their experience.

Music also gave slaves an outlet to honor their religious beliefs and hold onto the stories of their pasts. To plantation owners, music often seemed like a harmless kind of entertainment, but it communicated much more to the singers. Folk songs let the people tell and share their stories. The songs also affirmed, and helped build, the emerging language, the patois that all the people could share. 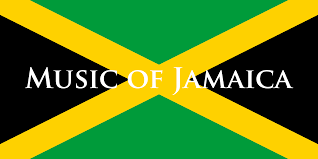 Folk music remains a strong tradition in Jamaica today, thanks in part to the work of individuals determined to recognize the songs and the language. Louise Bennett, for example, was a poet and teacher who documented Jamaican folk songs and helped preserve the Creole patois as a nation language. Her work in particular has won worldwide recognition for Jamaican folk music.

We at Creators of Hope celebrate the memory of the displaced people who created a new sense of home, and a new identity, for themselves out of the great losses they experienced. Our final featured song is “Moon Shine Tonight,” a dance tune. It’s performed here in 2015 by The Banyans, showing how strong folk culture remains in Jamaica. You can find an English translation of the patois lyrics here.

We hope you’ve enjoyed this month’s glimpse into Jamaica’s history and culture, and the musical samples we’ve shared. If you have, please share this post, help us raise awareness about Jamaica’s people, and read more about our mission and find out how you can help Jamaicans today!
​
[p.s. Bonus: you can also check out Jamaican Song and Story from 1907, the earliest known compendium of Jamaican folk tales and music.]